A Tragic Moment but no one hurt!!!!

I was shocked when I read an article title of " PPRT House Collapsed " I nearly lough about this but in the end I felt pity for the family involved. Who should be blame? The Contractor? "The Tukang Bagi Lulus". Many of the contractor only aiming for profit and sometime close one eye open in doing their job. Aiming to complete the job and get paid was their main objective. Instead of that, the foundation of the soil were not perfectly measured and being properly examine. The job fall to the contractor appointed. Just an opinion from me.. maybe the house cannot stand because of a lot of people live inside the house. It showing that many people in Sabah cannot afford to built their own house and really poor. I really sad of it. What I can do to help the people of Sabah??? HG Continue read below passage.... 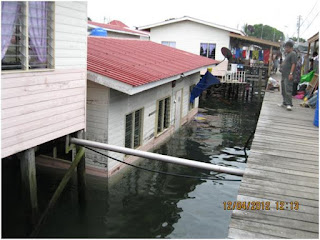 A Hardcore Poor Housing Project (PPRT) structure at Kg Air here collapsed early Wednesday when the occupants were all fast asleep, but fortunately no one was hurt. Single mother Rajimah Latip, 59, lived in the water village house that collapsed at 4am with three children, two in-laws and 13 grandchildren aged between seven months and 12 years. Her daughter Noorsadilah Modjahirin, 26, said the house that they had occupied since May last year was already showing signs of a slight slant due to its uneven structure. She said it was difficult to open the front door due to the deteriorating structure. According to her, her brother and his wife were the first to notice something was wrong with the house that morning.

"We could not save anything in the house but we are thankful that everyone, including our mother and the youngest child, in the house were unhurt in the incident," she said when met at the village balairaya where there are putting up temporarily. She recalled a frightful episode during the ordeal when her brother's four-year-old son went missing in the murky waters. She said her family members and neighbours looked for the child and finally found him fast asleep among the debris despite the house being totally destroyed. Noorsadilah said the weather was fortunately fine and that there were no waves during the incident. "My seven-month-old niece was also submerged under water before she was saved," she said.

Youth and Sports Minister cum Karamunting Assemblyman, Datuk Peter Pang En Yin, said he would be requesting a detailed report from Felcra regarding the collapsed house. Political Secretary to Pang, Jason Tan, visited the victims and presented Rajimah with monetary aid. He said he would also conduct follow-up with other aids, including informing the Sandakan Red Crescent Society to provide some assistance to the victims. Deputy President of Sandakan Municipal Council, Mohd Hamsan Awang Supain, said the contractor responsible for the construction of the PPRT scheme there would be called to rebuild the house. He said inspections would be carried out on other PPRT houses there also to prevent similar incidents. 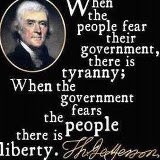